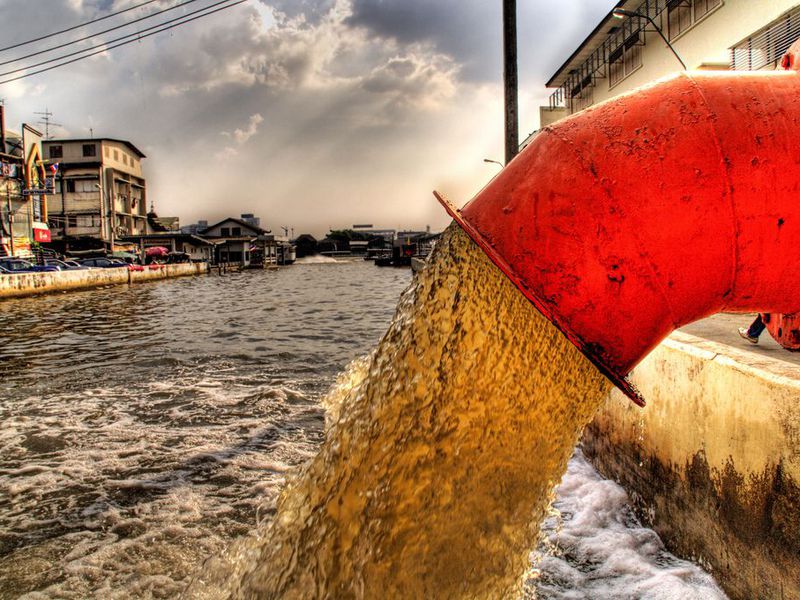 At the beginning it must be clearly stated that ozonation of sewage is one of the methods of disinfection and not treatment of municipal and industrial sewage, used only after the full process of water or sewage treatment. In Poland, ozonation is mainly used in water supply systems.

The process of fluid ozonization can be separated into two methods, direct and indirect. In the direct method, the ozonated fluid flows through the generator at the time of ozone production, this method of disinfection is mainly used in swimming pool systems and for disinfection of drinking water in short network systems. The indirect method ozonates clean water in the ozone generator as with the direct method, but the ozonated water is added to another fluid and mixed with it, e.g. municipal wastewater and treated as a disinfectant fluid.

In the case of sewage, ozone treatment of already treated sewage is used mainly in western countries. This guarantees nearly 100% certainty of destruction of all microorganisms. Classic wastewater treatment processes ensure a high level of bacterial reduction up to 99%. Despite such high efficiency of bacteria removal from wastewater, they still contain, among others from 104 to 106/100 ml of indicator coliforms. The first four processes are used in mechanical treatment. Their effectiveness in removing microorganisms is much lower than the efficiency of chemical and biological processes.

Disinfection of urban sewage with ozone (O3) in Polish conditions is used quite rarely, due to too high costs. As a germicide, ozone is more than twice as active as chlorine. Effectively destroys viruses, yeast, fungal spores and cysts die faster under the influence of ozone. Ozone also destroys a number of compounds considered carcinogenic, e.g. polycyclic aromatic hydrocarbons (PAHs), and is also used to remove odor and refractive compounds. Doses of ozone for biologically treated wastewater are in the range of 15 to 30 mg O3 / dm3, and the time of contact of wastewater with ozone is about 15 ÷ 20 minutes.

In the light of foreign practice (especially in the USA), in many cases continuous disinfection with ozone is used, at least at certain times of the year. Some European countries have introduced at least partial disinfection of wastewater discharged from treatment plants. In Germany, wastewater discharged into recreational areas is disinfected. In France, discharges of sewage in protected areas, such as bathing areas and mollusc farming areas, are disinfected. In Spain, wastewater for agricultural irrigation, fruit trees, sports fields and gardens is disinfected. The average outflow from a biological sewage treatment plant contains from several hundred thousand to about one million coliforms in 100 ml. The total number of all bacteria discharged to the receiver is only a function of the flow rate of treated wastewater. Lack of continuous disinfection at the sewage plant outflows means that the receivers of treated sewage (usually rivers), despite obtaining satisfactory physico-chemical indicators, are usually out of class, which results from exceeding the microbiological indicators. A serious problem related to sewage disinfection concerns, among others hospitals, mainly those in which patients with infectious diseases are treated. Hospital microbes often have antibiotic-resistant mutations, which is why they are deadly dangerous. Analysis of hospital wastewater discharged into the sewage system shows that they contain, among others: coliforms, enterococci, jaundice viruses, and even HIV and radioactive substances. These microorganisms end up in the wastewater treatment plant but are not killed there, and consequently enter the rivers, causing surface water pollution. 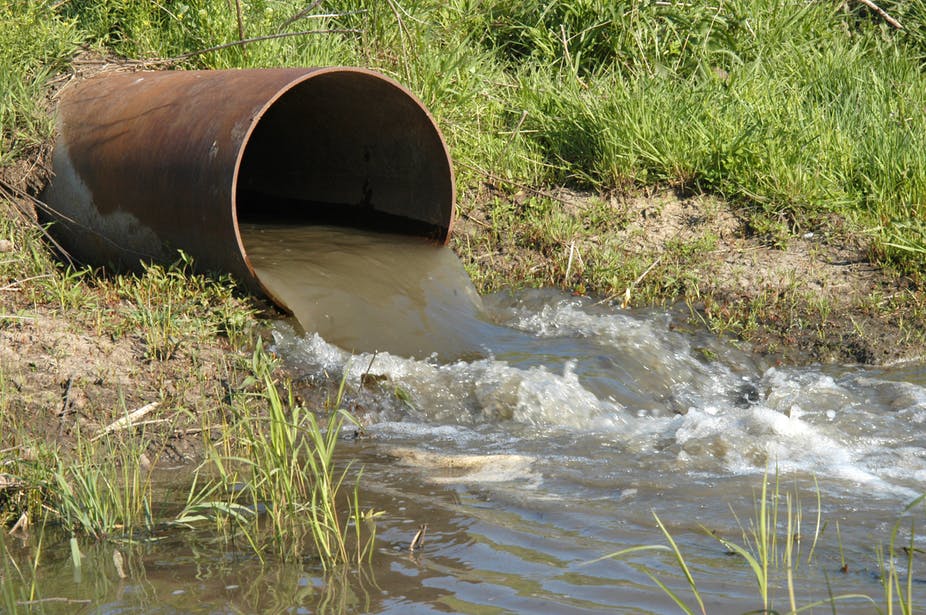